Beto O’Rourke to Oprah: I’ll decide on 2020 run ‘before the end of this month’ 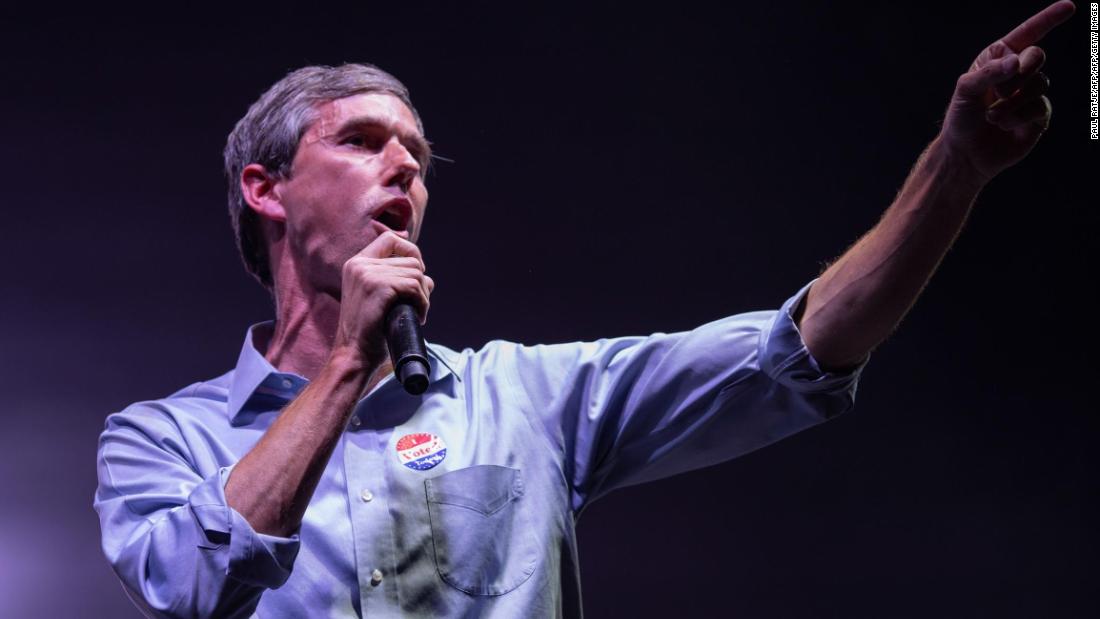 New York (CNN)Former Rep. Beto O’Rourke will decide whether to run for president “before the end of this month,” he told Oprah Winfrey in an interview Tuesday.

Then, after telling Winfrey he has been “thinking about running for president,” he said, “I’ve got to tell you, and you can tell, I’m so excited at the prospect of being able to play that role.”

Since shattering fundraising records and becoming a viral sensation on the way to a close Senate loss in November, O’Rourke has weighed turning the national brand and massive donor email list he amassed into a presidential campaign. But he’s largely eschewed the standard preparation for a national run. Early-voting state Democratic officials say they’ve heard virtually nothing from his camp.
Instead, O’Rourke recently set out alone on a weeklong road trip, blogging about his stops on Medium. He’s also used live videos on Facebook and Instagram to oppose President Donald Trump’s push for a wall along the US-Mexico border.
Meanwhile, two efforts to draft him into the 2020 race and prepare infrastructure that could be handed over to an eventual campaign have launched. One has hired staffers in the early-voting states; the other has hosted organizing events in some of those states.
Before saying yes to a presidential run, O’Rourke said, he wants to make sure that his family — including his wife, Amy, and his three children, who are 12, 10 and 8, “all go into this with eyes wide open.”
O’Rourke, who raised $80 million on the road to his loss to Republican Sen. Ted Cruz last fall, also said, “None of us has the luxury of sitting any of this out.”
His comments largely focused on immigration, the issue on which he has focused most of his post-Senate-campaign public and social media activity, and climate change — a topic on which he’s faced sharp criticism from the left over individual fossil fuel company employees’ contributions to his campaign.
O’Rourke said he would seek “a common conception of what it is to be American, to serve, to sacrifice, to seek to achieve something far greater than any one of us.”
Raising the topic of climate change on his own, he said, “I want to make sure that we’ve done everything that we can — and not just graded and judged on effort, but on achievement — to meet that challenge.”
O’Rourke also said he would legalize so-called Dreamers — undocumented immigrants brought into the United States as children — give their parents legal status and increase immigration quotas.
He called Trump’s push for a wall along the southern border a “racist response to a problem we don’t have. It seeks emotionally to connect with us, with voters — to stoke anxiety and paranoia, to win power over ‘the other’ on the basis of lies that vilify people.”
The former three-term congressman also discussed his meeting with former President Barack Obama in the weeks after his Senate run. He said Obama told him that while O’Rourke had just finished an intense Senate campaign, running for president is “many factors more intense than that.”
“You seem like you’re getting ready to run,” Winfrey said as she wrapped up the interview.