China has developed a virtual anchor to deliver the news 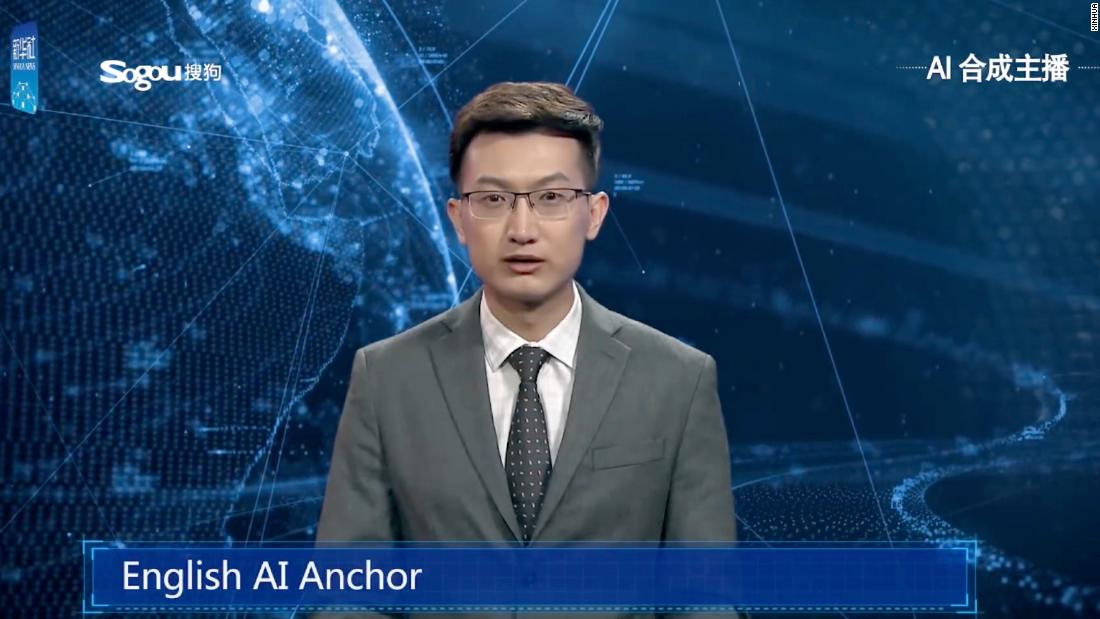 Hong Kong (CNN Business)News anchors, beware. The robots are coming for your jobs, too.

Xinhua unveiled its “artificial intelligence news anchor” Wednesday at an internet conference in the eastern city of Wuzhen.
“Hello, you are watching English news program. I am AI news anchor in Beijing,” the computer-generated host announced in a robotic voice at that start of its English-language broadcast.
Developed by Xinhua and Chinese search engine company Sogou, the anchor was designed to simulate human voice, facial expressions and gestures.
The AI news reader “learns from live broadcasting videos by himself and can read texts as naturally as a professional news anchor,” according to Xinhua.
The news agency said the simulations can be used on its website and social media platforms and will “reduce news production costs and improve efficiency.”
It didn’t say whether any of China’s state-run TV channels have shown interest in acquiring the technology into for usage into the future.
The English-speaking anchor, complete with a suit and tie, is modeled on a real-life Xinhua anchor called Zhang Zhao.
“I will work tirelessly to keep you informed as texts will be typed into my system uninterrupted,” it said in an introductory video.
A Chinese-language version, which is based on another real-life Xinhua anchor, was also unveiled at the conference.

Users of China’s micro-blogging site Weibo were not completely convinced by the virtual presenter.
“(His) voice is too stiff, and there are problems with the pauses,” said one user.
“Apparently, news anchors have to lose their jobs,” said another.
China operates one of the most aggressive media censorship regimes in the world and has tightened restrictions on domestic and foreign news outlets under President Xi Jinping. But that hasn’t stopped its newsrooms from innovating.
While Xinhua claims the virtual anchor is a world first, it is not the first time that Chinese media has experimented with AI technology.
In 2015, China’s Dragon TV used Microsoft’s XiaoIce chatbot to deliver a weather report on its live breakfast show. The AI computer program delivered the forecast in a “cute” female voice, according to Xinhua.
Automated reporting has proliferated in recent years. The Associated Press wire service is just one major news organization that uses sophisticated computer algorithms to write thousands of automated stories a year.
Advanced software programs scrape sources like corporate earnings reports and baseball box scores and then transform the data into sentences that humans can understand.

Visual Art in Performance, Trevor Carlton | Taste of EPCOT Festival of the Arts