The citizen journalism website that unmasked the alleged Salisbury poisoners 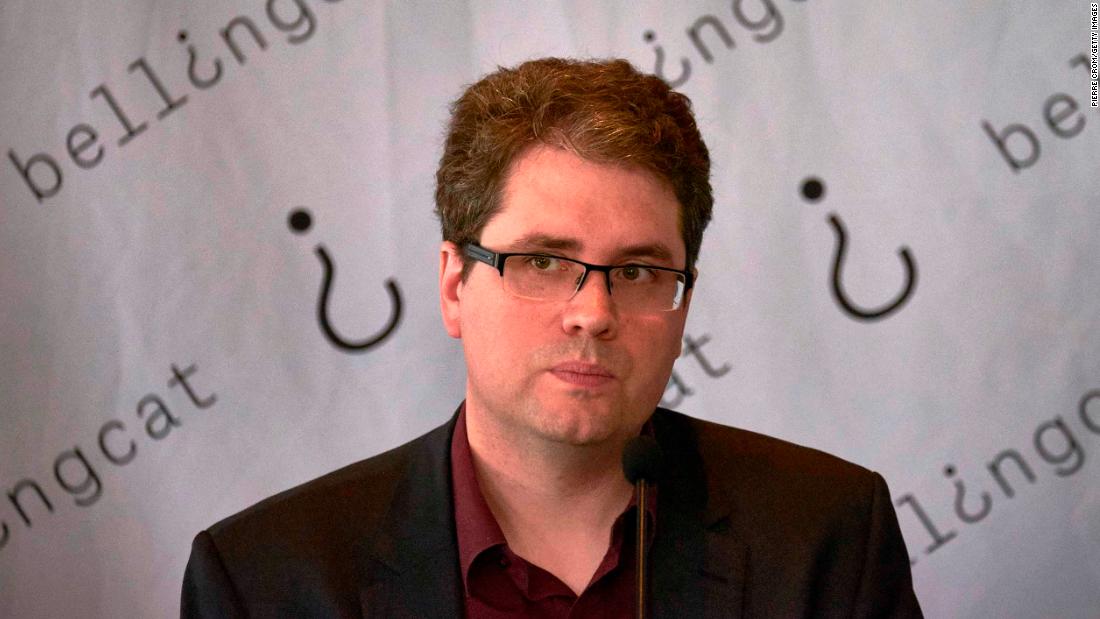 London (CNN Business)The true identities of the suspects accused of poisoning a former Russian spy in the United Kingdom have reportedly been revealed, but not by sleuthing journalists from The Guardian or The New York Times.

This isn’t the website’s first rodeo with highly sensitive and secretive reporting, much of which involves combing though publicly available data, or databases that can be purchased or have been leaked.
The website first started as a blog by Eliot Higgins, who used the pseudonym Brown Moses. He began monitoring the conflict unfolding in Libya in 2011 and blogging about it.Higgins recently told The Guardian that it started as a hobby and that he had “no background in any of the stuff” he was writing about. When he was laid off from his non-profit job, Higgins immersed himself in the blog.
Higgins became known for identifying munitions used in the conflict in Syria by reviewing videos and photos that locals posted online. According to a 2014 interview with the Telegraph, Higgins said he would scan as many as 300 YouTube videos a day, identifying the bombs and rockets by the scraps left over. He relied on his social media network and publicly available information for help.
Within months he was considered a munitions expert, cited by outlets like NPR and the New York Times.
Shortly before the 2014 downing of Malaysian Airline flight 17 in Ukraine, Higgins launched Bellingcat, a citizen investigative network that pools its resources on investigations using open source data, while creating guides to teach others to do the same. Soon Higgins had crowdsourced enough funding to focus on the site full time.
“Bellingcat is basically trying to find information that already exists out there on the internet in one way or another, but is either surrounded by so much irrelevant information that we often don’t use it. They both find the information, but more importantly they verify it,” said Centre for the Analysis of Social Media research director Carl Miller, who profiled Higgins in his book, “The Death of the Gods: The New Global Power Grab.”
Bellingcat’s investigation into the Malaysian Airlines flight determined that the plane was likely shot down by a Russian missile launcher. Investigators from a Dutch-led team later said the missile was fired from a launcher belonging to Russia’s 53rd anti-aircraft missile brigade. Russia has repeatedly denied involvement in the incident.
The website’s name comes from the fable “Belling the Cat,” in which a group of mice decide to wrap a bell around a cat as a warning system. But one of the mice asks who will risk their life to place the bell on the cat.
“Everyone calls us the Bellingcats,” Higgins told the Guardian. “But we’re the mice not the cat.”
Bellingcat now has 10 staffers, and its homepage advertises a job posting for an editor.

The website is funded by donations, and Higgins cites George Soros’ Open Society Foundation as one of Bellingcat’s funders. Support from the liberal billionaire, who is frequently the subject of conspiracy theories, plus Higgins’ work on Syria and Russia, has led to accusations that he’s more than just an independent blogger, a claim he has long denied.
Miller said he trusts Higgins and Bellingcat because “they make all their work transparent.” When Bellingcat named the suspects in the Skripal poisonings as members of Russia’s GRU intelligence service, the site went into great detail about how it had identified them.

Novichok suspects: We were just tourists

“They are not asking people to trust them, they’re asking people to look at the open source picture they put together,” Miller said. “They will release a 150 page PDF document going into minute details about why they’ve drawn the conclusions they have.”
The men identified in the site’s latest blockbuster investigation claimed in an interview with the Russian state-funded television network RT that they were not in the military and were private citizens on vacation in the United Kingdom. But Bellingcat identified them as high-ranking officers who have been honored by President Vladimir Putin in the past. The Russian government has denied that they were involved.
Bellingcat teamed up on the report with the Russian website The Insider, a crowdfunded citizen journalism project. The websites used public records and leaked databases in their reporting, but they also deployed more traditional methods of journalism including cold calling people who may know the suspects.
Nearly every major news outlet has credited Bellingcat and the Insider for identifying the alleged culprits. The BBC noted that “officials are not disputing Bellingcat’s identification of the men.”
CNN has not independently verified Bellingcat’s findings.
Russian Foreign Ministry spokeswoman Maria Zakharova called the first Bellingcat report “bogus.” CNN has contacted her and Russian President Vladimir Putin’s spokesman Dmitry Peskov for comment on the new article.
Miller said that Bellingcat provides a valuable service, especially during a period where newsroom budgets are stretched.
“It is enormously time consuming the kind of work they do. Hundreds of hours of work, combing through almost an asphyxiating amount of open source content to get the information they’re after,” Miller said. “They pursue stories literally for years.”

“I Am Not a Stay at Home Housekeeper”: Stay-at-Home Mom Drops a Truth Bomb About Her Husbands Role in Their Home